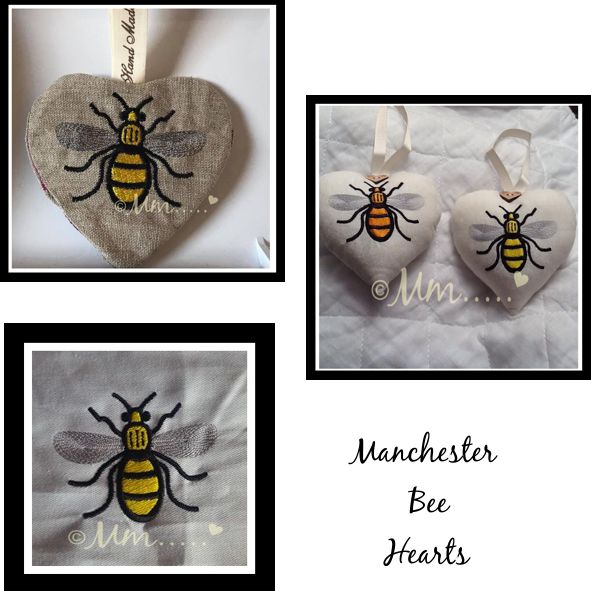 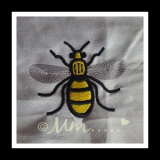 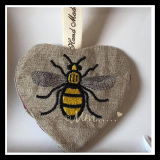 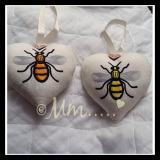 To commemorate all who have been caught up in the terrible tragedy at the Manchester Arena, England.

​Please use these designs in their memory.

During the Industrial Revolution, the worker bee was adopted as a motif for the city. It represented the hard work of it's people and the fact that the city was a hive of activity. Today it can be seen throughout the city, on pavements, mosaics, bins and seven bees are even included in the crest of the city's arms. In the last few days it has been seen as a symbol of unity, respect and remembrance.

If you purchase this design, you can apply for a voucher in the sum of £2 to offset against the cost of another design from Meryl Makes. Just use the contact form to message your order number.

The Manchester bee is available separately or now incorporated into a heart.

​The heart can be turned with no exposed seams, which requires a small amount of hand stitching to close the gap. Alternatively use the raw edge version, leaving the edges on view. Both versions are contained in the download. Instructions included

Stitch Credit to Laura Walter for the Manchester Bee

Add to Cart
​By purchasing this design, you agree to abide by the Terms Of Use.  You may not sell, share or claim as your own, in full or in part, any design from Meryl Makes, whether purchased or obtained for free.  You have the right to use the design and make items to sell or gift so long as you abide by the Terms of Use shown on this website and included in the design download.
WISH LIST